I thought this was an absolute cracker, even though I whizzed through it in 15 and a half minutes, but I’m fully aware that those who are not fans of Rev Spooner or of interdependent clues will be spluttering into their skinny lattes. Something about the style - those two near-identical pairs of clues perhaps - encouraged a scattergun solving technique rather than a prosaic top to bottom solve. Come on, though, there are some excellent surfaces here: I’ll pick out 10, 1d and 17, but you are welcome to nominate others. It may surprise you to discover that I didn’t know where the Hunchback of Notre Dame got his name from (though I do now).
I present my observations below, with clues, definitions and SOLUTIONS distinctively identified.


Across
1 Stores holding over copper taps (4-5)
STOP-COCKS  Stores is/are STOCKS, and here they’re holding O(ver) PC, the Dixon sort of copper. Lose time looking for reversals
6 9 arranged flower (5)
PLATE Doesn’t happen in the Times very often, but here we have an anagram (arranged) of another answer, at 9. Spoiler alert: 9 is PETAL. Here the flower is a river, made famous in its English version by the 1939 victory of the Royal Navy over the pocket battleship Graf Spee. Rather a good movie.
9 6ac arranged flower — just a bit of one (5)
PETAL As it says, an anagram (arranged) of 6ac, the rest of the wording being the definition.
10 Cried out as other half once made demands (9)
EXCLAIMED If your other half is no longer your other half, he/she is your EX. Made demands: CLAIMED. Credible mini story surface
11 Fieldwork concerning question (7)
REDOUBT A military structure sort of fieldwork, an enclosed fortification. Concerning: RE question: DOUBT
12 Prickly sort of letter penned by a dame (7)
ECHIDNA A spiny, egg-laying, toothless mammal that could only come from Australia. The letter is CHI  (I think the “sort” belongs in the definition) and the Dame is EDNA Everage, another mammal that could only come from Australia
13 Wonderful ET (3,2,4,5)
OUT OF THIS WORLD A very kind double definition
17 Parisian refusal put on commune eating aristo food, say (10,4)
COLLECTIVE NOUN Something of the French revolution or The Glums about the surface. Commune supplies the COLLECTIVE, the French refusal is NON, “eating” U for aristo, popularised (but not coined) by Nancy Mitford. “Food” is a random, but rather appropriate, example of the genre.
21 Robin's temporary accommodation in unassailable fort, according to Spooner (4,3)
NEST BOX Which, when mangled by Speverend Rooner, would be (or sound like, rather) BEST (Fort) KNOX. Goldfinger showed it could be assailed but not conquered.
23 Annual account about chap in Los Angeles (7)
ALMANAC A proper matryoshka: chap: MAN inside Los Angeles: LA inside account AC
25 Novel campanologist the Sunday after Easter (9)
QUASIMODO From the Hunchback of Notre Dame and from Latin of the introit used on the day in question.
26 Number 27 is wrong (5)
THREE Here number means number, as in count. “Wrong” version of the next clue
27 Number 26 is wrong (5)
ETHER Here number means substance that numbs
28 Adherents of cleric, last out of church, first to enter coach (9)
BUDDHISTS The cleric is a D(octor of) D(ivinity), last out of church is H, first gives 1ST, coach is BUS. Assemble dutifully.

Down
1 Half-hearted drinker loves to tour Lima, a lovely place to go? (8)
SUPERLOO A posh –um- bog. A drinker might be a SUPPER, though being half hearted loses his –um- P. Loves provides the two O’s, and Lima in Natospeak provides the L
2 Revealed what solicitor did, blowing cover (5)
OUTED The solicitor TOUTED, but his cover, first letter, is blown
3 Sweary navy, perhaps, drunk in the main (9)
COLOURFUL or sweary language  Navy is  here not to sink anything but just as a representative COLOUR. One informal word for drunk is FULL, “in the main” instructs you not to use all of it
4 Reported crook, well-known speed merchant? (7)
CHEETAH  Sounds like cheater, crook. Clocked at 5.95 seconds for the 100 meters. Here’s me with one. 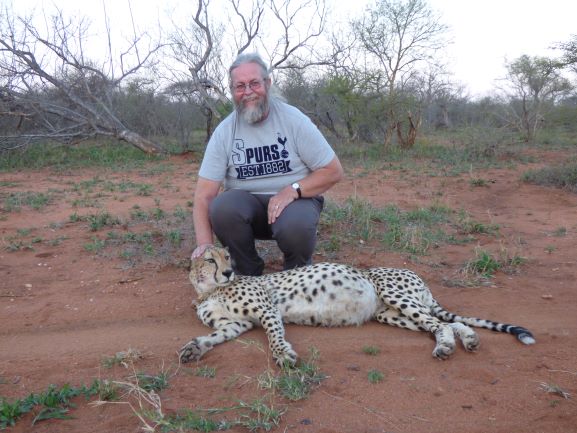 5 Victory in series when number one over gets dismissal (7)
SUCCESS Timely Ashes themed clue. Series is SUCCESSION, NO1 “over” provides the ION to be dismissed
6 Fruit from Jewish festival left by sons (5)
PEACH One Jewish festival is Passover, more properly PESACH. S(ons) leaves. Those in the know would say the Pesach fruit, haroseth, an apple confection, is far less likely to be left by the younger participants than the maror, or bitter herb usually represented by horseradish.
7 Runs berserk, stabbing a sick old creature (9)
ARMADILLO R(uns) berserk: MAD “stabs” A sick: ILL O(ld)
8 Make attractive, as outerwear and headgear do (6)
ENDEAR I like this sort of clue. Both outerwear and headgear END EAR.
14 PM show including parodies on a regular basis (9)
TAOISEACH currently the very not-Irish-sounding Prime Minister of Ireland Leo Varadkar. I was grateful for the generous cryptic helping to get the vowels in the right order. Show give you TEACH, then include the even letters of pArOdIeS
15 One's superior throughout marriage (9)
OVERMATCH I wasn’t sure of overmatch as a noun, but it is fully attested in the sources. OVER from through as in throughout the course of, and marriage: MATCH
16 Pants, as footballers maybe around end of run (8)
KNICKERS Footballers are KICKERS, of course, and around end of ruN they produce the required underwear. I leave it to the fans to produce examples of footballers who turned out to be completely pants after a run down the pitch.
18 Vain chap's cross, caught in valley (7)
COXCOMB Cross is X, add C(aught) (more cricket) and place both in COOMB for valley
19 To sum up, I go under about hiding answer (2,1,4)
IN A WORD I DROWN (or go under) the latter word inverted (“about”) and A(nswer) hidden therein
20 Sole college question on English (6)
UNIQUE College here is UNI, which you can debate if you wish but I wouldn’t bother. Question provides the QU, and English the E
22 Pipe from India received by brother (5)
BRIER  More Natospeak: India this rime inserted into BRER for brother as in Uncle Remus
24 Spies Poles burying chest (5)
NARKS One of many slang terms. Chest is ARK (Raiders of the Lost) poles provides the N and the S

I found this a bit on the trickier side from Joker today. I had to spend a bit of time working out the long 6d before I could get 10ac and the easy enough 4ac, all of which took me a minute over my target. That was with several biffs along the way that merited a closer look post-solve - 14d being a good example. Overall a lovely puzzle with lots of inventive clues and a slight off-beat feel to it. Very much enjoyed it - many thanks to Joker!

This seemed faintly straightforward compared with yesterday's controversial number, but there were plenty of traps and speedbumps, not least the two clues where an unchecked letter needed to be changed to form a veeeeery similar word. I managed to sort everything out in 8 minutes, including resolving the confusions in my mind about how 3dn and 22dn were working.

FOI 4ac rapidly followed by 12ac, LOI 8dn I think as I really thought it would be a writer missing their first letter to mean "reckon" (sneaky work setter). Favourite clue definitely 17ac, good service and super definition. Thanks for this one and I'm sorry about my choice of title - but there are shags and asses in the puzzle aplenty, so I couldn't resist!

17 Stagger round centre of Athens, finding work at last (6)
REHEEL - REEL [stagger] around {at}HE{ns}. Last as in a cobbler's last!

21 Edible creature carried by Chinese as luggage (3-4)
SEA-SLUG - hidden in {chine}SE AS LUG{gage}. Not edible in my book! But de gustibus etc.

27 Naive or very clever, university expelling yours truly (9)
INGENUOUS - INGENIOUS [very clever], U [university] "expelling" and superseding I [yours truly].
Hope not to many people managed to get muddled-up and enter INGENIOUS!

5 Nickname of the Speakers’s girl? (7)
MONIKER - homophone of MONICA [girl]

6 Acquit successor in hearing, and make peace (5,3,3)
CLEAR THE AIR - homophone of CLEAR THE HEIR [acquit the successor]